This lush and cozy Vegan Goulash is a tasty bowl of pasta, veggies, and beef alternative. It’s easy to make in one pot in less than 30 minutes and has very simple ingredients. It’s also ridiculously delicious and will please the whole family, even picky eaters, young or young-at-heart!

Hey Internet, I’ve got another easy pasta recipe for you today. Fall is coming, and with it a bit nippy mornings and evenings around some parts of the world, including mine.

So, I needed a cozier and slightly heartier meal, so I decided to make this delicious American goulash.

Wait, what is goulash?

Goulash is a term that refers to a kind of stew-like mixture of vegetables and usually meat in Hungarian cooking.

The Americanized version is much less stew-like and more of a pasta dish, that also goes by the name of chili mac or beefy mac.

While I could have called this vegan beefy mac, or apparently American Chop Suey (you learn something new every day!), I didn’t want to downplay the delicious role that the vegetables play in it.

Bright tomato, savory onion and garlic, and fresh red bell pepper make this a veggie-packed healthy dish that tastes rich and decadent, without being high in calories.

In fact, since it’s vegan, it has zero cholesterol, very low fat, and STILL packs an awesome protein punch.

What’s even more is that it’s super easy to make in under 30 minutes, and it’s not very expensive to make either.

It also is a great budget-friendly meal (TVP is often just as cheap as ground beef, or close, and a whole lot healthier) and makes A TON of food, so you can easily feed a large family or use it as lunches or dinners for the rest of the week!

It's also perfect for kids and picky eaters--so if you're looking for more of that kind of thing, check out my list of vegan kid-friendly recipes or my list of 50+ vegan snacks for kids!

Ready to get into this awesome recipe? Let’s go!

Let’s start with the pasta. Any pasta will work--just know for whole wheat or bean based pastas, you might have to cook them slightly longer than I say. Gluten-free pastas should work well too.

Veggies are easy--I used onion, garlic, red bell pepper, tomato, and a bit of parsley to garnish. Feel free to sub the peppers for anything or add veggies as you please, such as mushrooms, carrots, celery, etc.

TIP: If you add a vegetable that doesn’t let off it’s own liquid (like mushrooms) have a little extra tomato sauce or broth on hand in case you run out of liquid.

The tomato paste, puree, and diced tomatoes are all part of the base of this dish. You can mix and match them as you choose, but I really liked the combination that all three added.

If you are watching your sodium, go for the no salt added canned tomatoes and puree.

In addition to the liquid from the tomatoes, I used reduced sodium vegetable broth. Vegan chicken broth or vegan beef broth will also work very well.

For the ground beef replacement, I used simple TVP, which is textured vegetable protein.

It is a soy product, and it is rich in complete protein and contains virtually no fat so it’s a great meat alternative.

If you cannot have soy or don’t want to use TVP, you could substitute beans, lentils, or a store bought ground beef alternative like Beyond Meat or Gardein. If you replace it, use less vegetable broth. Start with half the broth and only add more if you need to.

Finally, for flavor, I added Italian seasoning, smoked paprika, a little nutritional yeast, and a bit of reduced sodium soy sauce (can sub tamari for gluten-free or No Soy for soy-free or use salt).

What is the difference between spaghetti and goulash?

While American goulash and spaghetti have many similarities (pasta + tomato sauce + beef or beef alternative = cooked dish), they differ in how they are cooked.

Pasta is usually cooked separately from the sauce, and combined later. Goulash is normally all cooked in the same pot.

I think this method is GREAT because the pasta soaks up all that delicious sauce and you don’t even need to strain it!

It took a little bit of experimenting to get the liquids amount just right so that I didn’t end up with a soupy mess. I was also constantly worried it would dry out--but it turned out great in the end and I really hope you’ll try it too.

How Long Will This Last?

You should refrigerate the leftovers after they have cooled, but don’t wait too long (2 hours max, per food safety regulations). Refrigerate in an airtight container for up to 5 days.

You can also freeze the leftovers in a freezer safe airtight container for up to 3 months. I recommend adding a tablespoon or two of water when reheating so it doesn’t dry out.

How to Make This Recipe in a Slow Cooker

Saute the onions and garlic ahead of time and add them to the pot along with everything EXCEPT the TVP and nutritional yeast. Stir well and set on high for one hour.

When it’s done, stir in the TVP and nutritional yeast, which should soak up any remaining liquid.

This vegan beefy mac type dish is absolutely delicious, and I love that it takes such a short time to make--and it only dirties one dish. My hubby is the dishwasher since I do most of the cooking, but the less time he spends washing dishes, the more time we have to spend together after dinner.

So in the spirit of quick and easy one-pot dinners, here’s a few more delicious ones you should try:

As always, I hope you love this recipe–I know I do and so does Mr. Zardyplants, who is vegan but occasionally misses the flavor of meat (but not the cruelty–he insisted I add that line).

This vegan goulash is:

Let me know in the comments below if you make this recipe or tag me @Zardyplants on Instagram so I can see your beautiful recreations! If you tag me on IG, I will share your post in my stories :)

Also, one quick request: if you love how this recipe looks or tastes, please leave me a 5-star rating and a nice comment–ratings help more people find my recipes which helps me keep providing them! Thank you!

This lush and cozy Vegan Goulash is a delicious bowl of noodles, veggies, and beef alternative. It’s easy to make in one pot in 30 minutes. 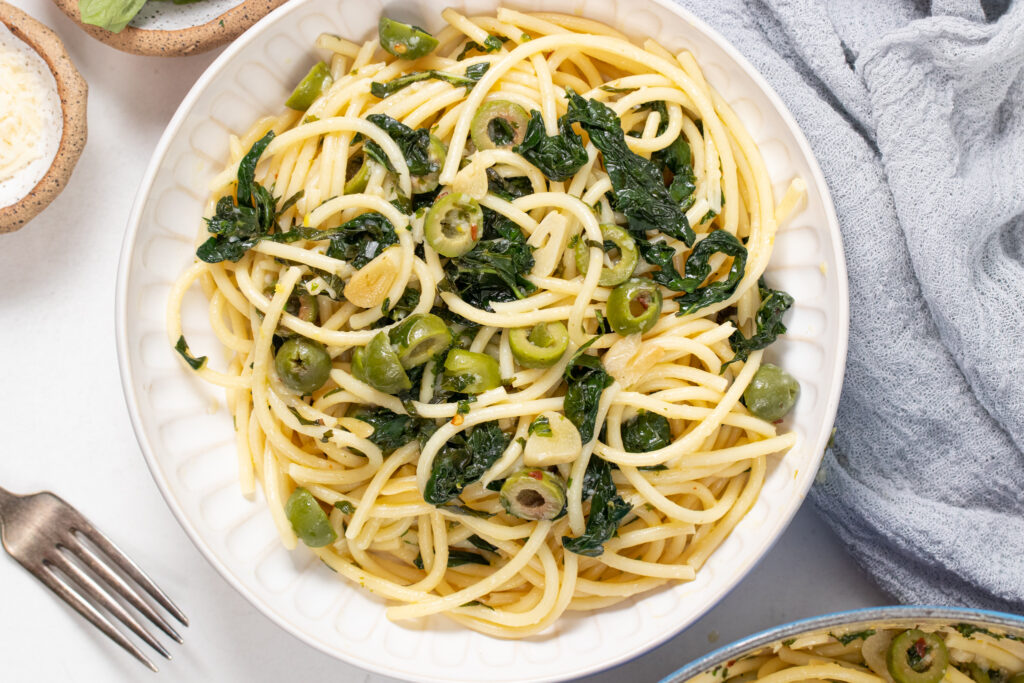 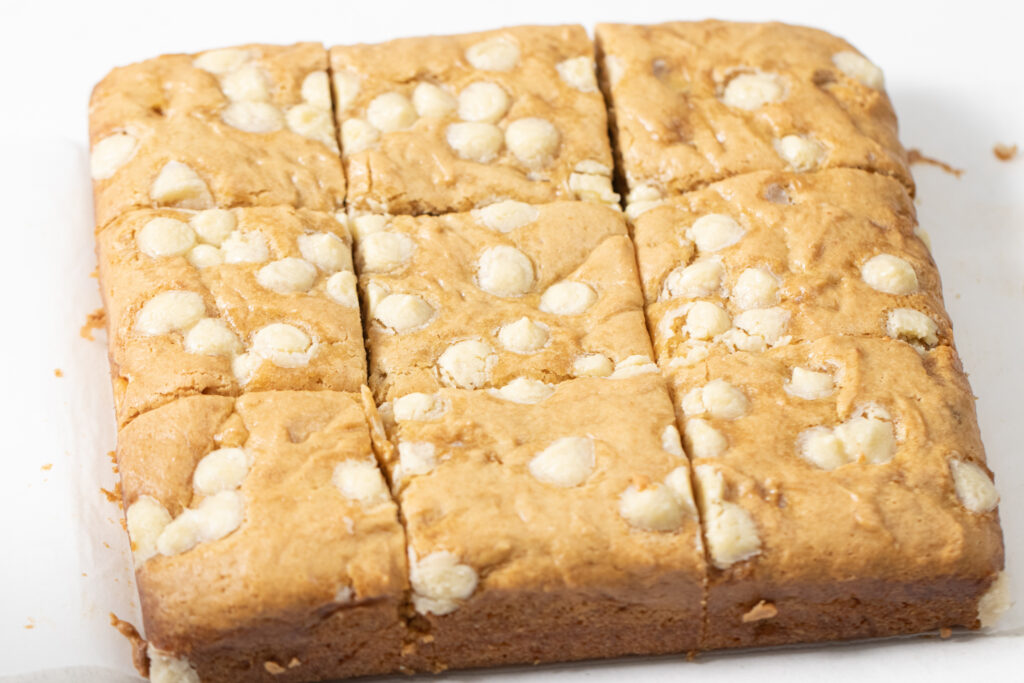 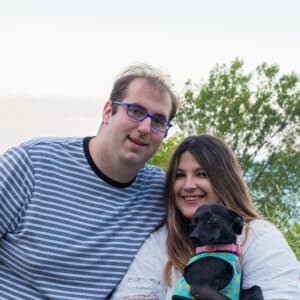 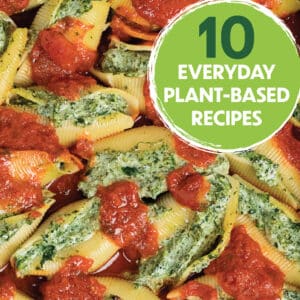 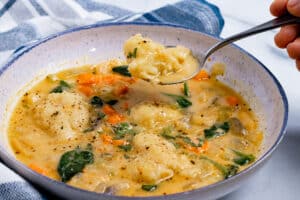 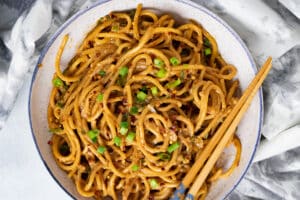 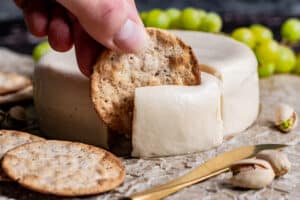 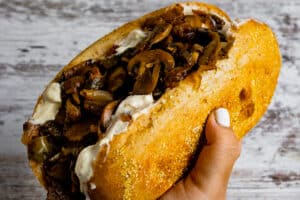 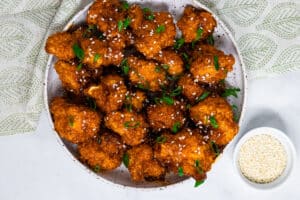 This website uses cookies to improve your experience while you navigate through the website. Out of these cookies, the cookies that are categorized as necessary are stored on your browser as they are essential for the working of basic functionalities of the website. We also use third-party cookies that help us analyze and understand how you use this website. These cookies will be stored in your browser only with your consent. You also have the option to opt-out of these cookies. But opting out of some of these cookies may have an effect on your browsing experience.
Necessary Always Enabled
Necessary cookies are absolutely essential for the website to function properly. This category only includes cookies that ensures basic functionalities and security features of the website. These cookies do not store any personal information.
Non-necessary
Any cookies that may not be particularly necessary for the website to function and is used specifically to collect user personal data via analytics, ads, other embedded contents are termed as non-necessary cookies. It is mandatory to procure user consent prior to running these cookies on your website.
SAVE & ACCEPT
556 shares